"I fell hard and I had no clue how to climb back to where I was."

Elliot tells us how he managed to get from having 5-6 panic attacks a day to conquering fears and returning to work with the support of friends, family and Positive Minds. 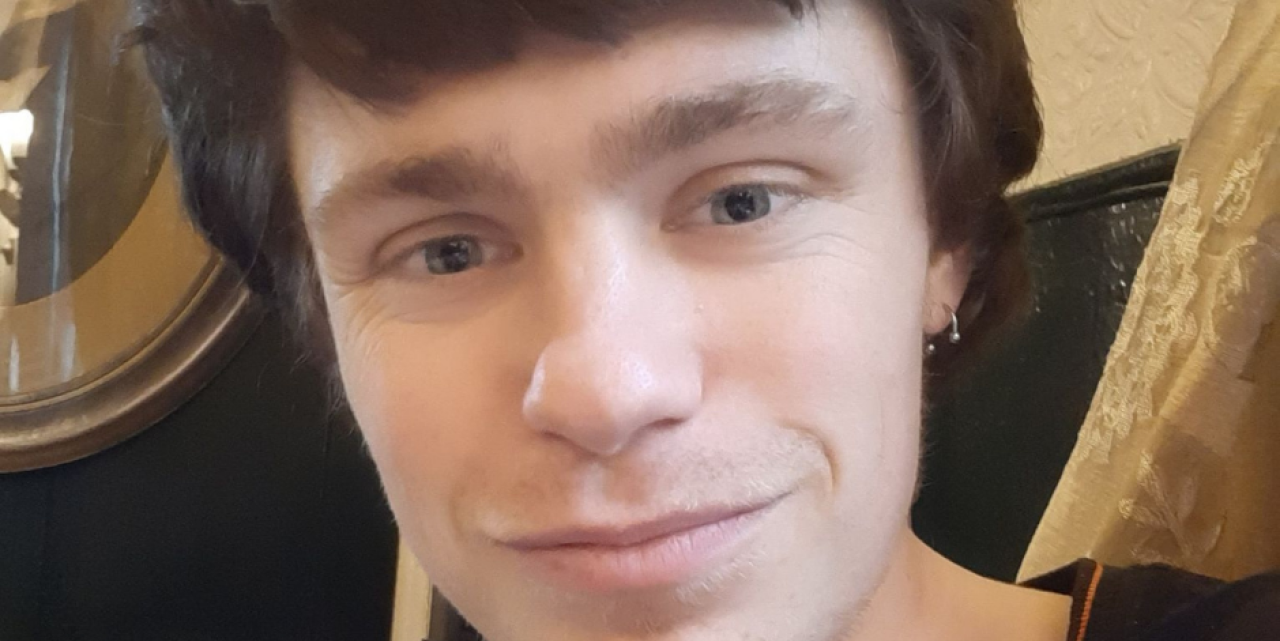 2 months ago I had the worst weekend of my life. I was having 5-6 panic attacks a day, bursting into tears at the smallest of things, refusing to eat, drink or even leave my bedroom for 48 hours. I couldn’t be left alone for even a second without having a meltdown. I was broken, shattered into thousands of pieces.

This week, I began conquering my fear of driving, returned to work and started an amazing new volunteering job. It’s not been easy and I’m still hitting snags in the road, but with the support of family, friends and positive minds I’m finally getting myself back.

I’m fine. I’m just tired. Classics. These were my automatic responses I’d say to deny there was something inheritably wrong with how I handled and reacted to situations.

I’ve always been a worrier, someone who bottles up the smallest of worries overthinking and analysing everything. I’d been doing this for years to the point where I never even saw it as an issue anymore. I’d usually worry for a couple days until I resolved it myself or pushed it back far enough that I would forget about whatever the worry was. I’d avoid situations and rarely step out of my comfort zones due to these worries. Don’t do any of these things. Talk about how you’re feeling, it’s not weak to share.

Quite late into the lockdown things suddenly took a horrible turn for me.

I started feeling sharp jabs in my chest and throat and for a solid week was convinced I was going to die, utterly convinced. I started feeling gloomy about the future I would no longer be part of and then I started to hear ringing in my ears. It became an obsession where I would always listen out for any noise and analyse where it came from and whether it was in my head or not. One night I couldn’t hear or focus on anything except this ringing in my ears so I began pacing around the room and breathing rapidly before having a full blown panic attack in bed. The weeks that followed were without a doubt the worst days in my life.

I locked myself in the bedroom and played calming piano music. I ended up looping this song for 48 hours convinced it was the only thing which could protect my sanity. Rather ironic looking back with hindsight. I became trapped in the room and my own head from here on out, unable to do anything except play a video game with lots of funky music as it would help block out noise. I had a panic attack every couple of hours and I’d just randomly burst out crying. It was terrifying and absolutely exhausting. Nothing I tried or did would help for long, the thoughts and feelings were overwhelming. I felt like giving up, I was so miserable and lost in my head.

Luckily I had an amazing circle of support from family, friends and my girlfriend who essentially became my carer for a month.

Every day was a huge struggle. I fell hard and I had no clue how to climb back to where I was.

I became anxious about the smallest of things from going outside, to eating junk food to something as simple as watching a movie. I didn’t watch any T.V. for 2 weeks as I was terrified of the idea of it. All I could do was play video games, I was completely trapped in my small bubble of comfort. I didn’t know what to do, everything felt like a prison and my sentence felt permanent. My girlfriend and parents frantically reached out to various different organisations to find me help. In the hazy chaos of being passed around to all these places I found myself talking to Positive Minds. I was coming down from a panic attack and chatted to someone who talked through how I was feeling and mentioned some of the workshops they offered. I signed up for the workshop 5 ways to well-being for the next week but I was sceptical. It felt like nothing would ever get better, it seemed completely unimaginable at that point things would ever change, how could they? Yet I was willing to try anything at this point.

I survived the week and come the day of the workshop I found myself a little anxious but having it via zoom softened the blow a bit. The session was only 40 minutes or so long but rather quickly I felt comfortable and safe within this space.

Anna and Kirsty hosted the workshops and were very friendly and supportive throughout the 6 weeks.

Each week covered a new way to improve well-being opening up new perspectives and insights with small changes we can make to our lives to improve our moods. We had a new challenge each week and were gently encouraged to share our progress from the previous weeks. It never felt like there was any pressure to share or do the challenges to the best of our abilities, it was about awareness and slowly integrating these ways into your life. I found myself keeping each week’s challenge in the back of my mind throughout the week and they definitely pushed me a little out of comfort zone and helped me on my road to recovery.

Each week started to become something I’d look forward to. Listening and connecting with others and sharing our successes or failures helped.

It was the sharing which was the crucial aspect which helped me, knowing others felt like I did was comforting. I had some bad weeks and times I really didn’t feel like joining but I dug deep and stuck with it and I’m so glad I did.

I never fully understood anxiety before mine took me over completely. I could never understand how people could be nervous about the simplest of actions rather than just gritting down and bearing with it. It’s not so easy to just do something or be happy or relax when you feel that way. Your battling with your own brain and you can’t fight yourself, there’s nothing to win against, you have to work with it instead. I found myself running away from my thoughts and feelings which only made them worse. In my journey through the 5 ways I learned to become more mindful of these thoughts and feelings and rather than resist and attack them, I have to acknowledge and accept them. They exist and trying to pretend they don’t or think them away isn’t going to work. I know this isn’t over but I feel much better equipped to deal with waves of anxiety now with this fresh mind-set.

If you are struggling with your mental health don’t keep quiet, let someone close to you know or reach out to one of the many mental health organisations.

Mental illness is not a weakness and it’s nothing to be ashamed of. You wouldn’t be ashamed of a physical illness so why a mental illness? They are intrinsically the same except one is visible the other is not. If someone you know is suffering from their mental health, reach out to them, ask them how they are and whether they want to share anything with you. It can feel hard to know what to say when someone says they are struggling but just having someone there, knowing they can talk is sometimes enough in those dark times. Thanks for reading this.

Positive Minds is available for anyone living in Portsmouth who is in need of some support. Find out more here.

“Fitness is not just physical, it is mental as well."

Head of Social Enterprise at Mayfield Nurseries, Dan Angus, explores the messaging around connecting to nature, how it can be difficult for some and offers some tips for helping to get you started.

Gaming and my mental health

Playing video games where we can live in a world that we control, without the worry of Coronavirus, can let us forget the gloom of reality and enjoy a space where we’re free to explore, meet friends and be creative.