After struggling with his mental health, Chris now wants to help others with his Win the Morning, Win the Day events. 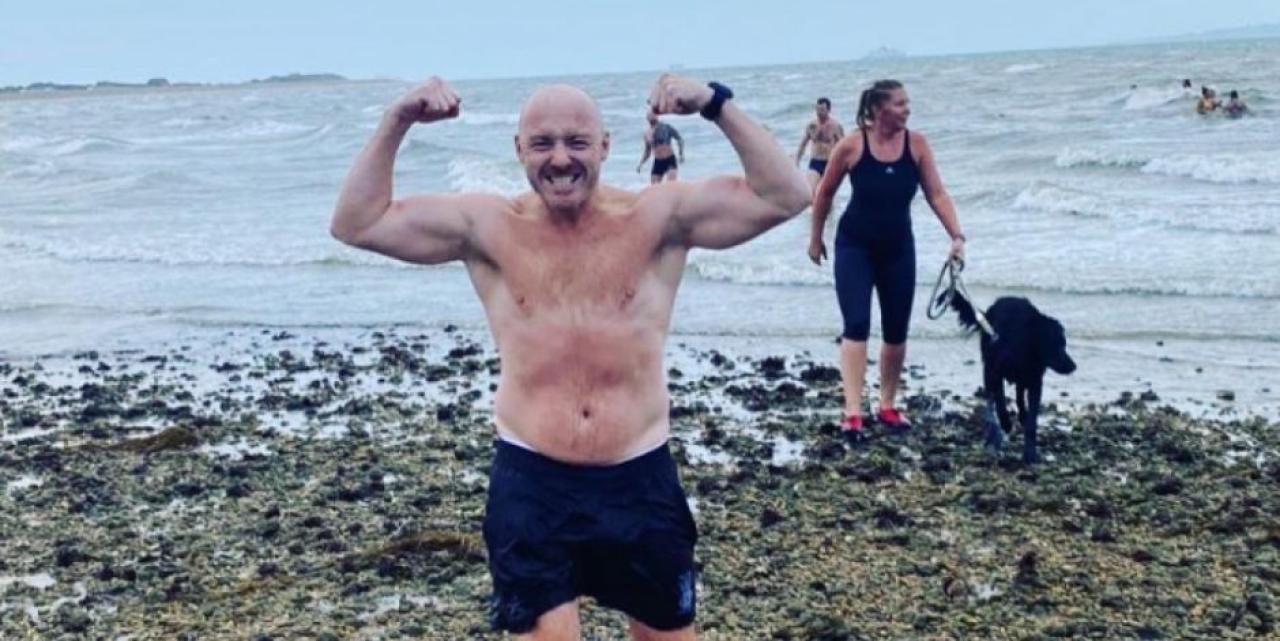 My name is Chris, originally from Liverpool, but joined the Royal Navy at 17, where I have been for almost 20 years now. Originally I joined up as an Underwater Warfare Specialist (SONAR), but I always wanted to be a physical training instructor, which I achieved about 12 years ago and have been doing ever since.

I think looking back now, I always knew I wasn’t always in the best mental condition throughout my life.

I love making people laugh and I was always the class clown, which still carries on to this day, but in a slightly more mature way than years gone by. I would always be so high, the life and soul of the party, loved playing several sports and the social element that went with them... but then came lows, lows which really got to me and I just couldn’t shift out of no matter what I tried.

The worst thing was, I would take it out on those closest to me, something I am really not proud off. I must also take this opportunity to say that whilst I was depressed, a large amount of this was probably brought on by fighting the consequences of some of my poor actions and decisions... I’ve hurt people, done things I am really not proud of, things that I will have to live the rest of my life with. I’ve hated myself more than anyone could possibly hate me... to the point where I thought it would be best if I just wasn't here any more, that way I couldn’t hurt anyone or let anyone down... including my beautiful daughter Lola.

People say suicide is selfish and cowardly, but I believed that the world would be a better place without me in it... sure some people would be upset, but they would get over it eventually and in the long run it would be best for everyone.

I have never wrote those above words down before and it scares me to think how I have been in the past...

I went on a Mental Health First Aid course, through We are Hummingbird (Ian Hurst, a lovely guy and a great friend) during which we watched a video called, ‘I have a black dog’ (must google this if you haven’t seen it).

When it got to the end I had to leave the room as I as so upset, this video was exactly me, it was exactly what I had been suffering from.

Being an extrovert (at times), and a Rugby League playing, physical trainer in the Royal Navy comes with its unconscious bias (which anyone who is reading this will be thinking)... scaly wag, scrapper (good at getting punched) and just in general a proper lad... and yeah I ticked those boxes, and I was expected to live up to them.

When you’re younger, you just think your mind is what it is, you will be alright, its just a phase... but looking back now I wish I had spoken to someone earlier.

I am certainly not saying there wasn’t help about, my close friends would of 100% been open to discuss... but my ego got in the way of that for me... ahhh good old ego, I have polished, inflated and blown mine up many times, something I am currently developing for the better. Being a male, we are naturally more reluctant to talk about our feelings/emotions... especially in some of the environments mentioned above and certainly in the Armed Forces.

This is something I have realised and have been trying to assist others with their feelings/emotions by giving them an understanding that its ok not to be ok and that it’s good to talk.

If I can do it, one of the most stubborn people ever and it can help me, then anyone can.

Once I was diagnosed with clinical depression, I decided not to take medication. I’d already studied Cognitive Behaviour Therapy a few years before, just out of interest, which I didn’t benefit too much from. For me, I knew my triggers, I needed to be active daily, consumed by some positive or developing material weekly, ensure my environment is in a good place (being a product of your environment)... I always say, if you knock about with 9 negative people then don’t be surprised if you became the 10th, avoid too much alcohol (I had 13 weeks without a drink to start with as I knew it wouldn’t of done me any good).

Jumping forward a year or so, I started a morning walk and dip in the sea called Win the morning, Win the day (WTMWTD), when I was inspired by listening to the Leg it podcast (Andy Grant Former Royal Marine, who was blown up and lost his leg in Afghanistan) featuring a lad called Mark Scanno. Mark is doing some great things in Liverpool at the minute, one of which is the Awake program.. one of the bits they was doing was a 5:30am workout, meditation and sea dip Which was attended by about 500, crazy numbers. During the podcast Mark said people needed to drop their ego’s and stop caring what people think about them and if you saw something which inspired you and you wanted to know more, then drop the ego and message the person for advice... So I did, I contacted him and said I would love to start something like this down south, which he said would be great and the world needs stuff like this now. After that chat I spoke to one of my best mates Dan Turner, who runs Bootcamp UK Gosport and he was the one who pushed me further to start it.

So I set up and instagram account, a facebook page and did a post and a video about what we wanted to do. At first I thought it would just be me and Dan there going for a walk and then a dip, but word spread and the first week we had 60 people there, it was unreal.

So WTMWTD is a FREE Event for anyone, we have people in their 70’s all the way down to babies only a few months old (Ohhh and lots of dog walkers too). It’s aimed at getting people to meet new people, perhaps share what they have been though during lockdown and how the have struggled but more importantly how they have coped... sharing best practice is a great tool for assisting each other in ways which worked for them, which may in turn help them and this is exactly why WTMWTD was born.. I personally had a poor lockdown, had 16 weeks working from home (but I couldn’t work from home with my job), this resulted in getting in a poor routine, eating too much rubbish, not working out much and probably drinking too much too. So WTMWTD means, get up, start right, surround yourself with positive people (you are a product of your environment), meet new people, catch up with old friends, step outside your comfort zone, challenge yourself and its what the world and people need right now.

Whilst its open to everyone, I’m interested in getting more men down there as I believe they are the ones who are most likely not to talk if they’re not feeling great.

I’ve been blown away by some of the conversations I've had with people down there, the relationships and bonds which have been made between people and so many people now using WTMWTD as part of their daily lives.

From one idea, we now have WTMWTD’s set up in Stokes bay, Southsea, Hayling Island with Bournemouth, Brighton, Poole etc al nearby starting soon. These are also running across the UK and as far as Canada, Holland, Gibraltar and Bahrain.

All I would say is challenge yourself, get down to one of these venues for FREE, its only one day a week and I give you my word you will feel amazing after it.

The world can be a stressful place, with money worries, personal stresses and job pressures, not to mention the current pandemic. We’ve collated a selection of practical techniques to help you reduce and manage stress.

Holly wrote this poem late one evening amid a creative outburst. 136 Major depicts each of her diagnoses by verse and has helped her come to terms with each of them. She finds it a reassuring reminder that perfection is an illusion each time she reads it.

Tayla tells us about her personal experience of Schizophrenia and first time psychiatric ward admission.